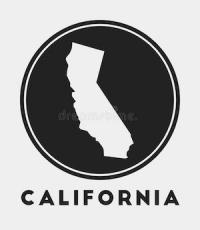 The third quarter report on reported cannabis tax revenues in California was released this week. As of November 16, 2021, total revenues were $ 322.34 million in taxes collected, according to the California Tax and Fees Authority (CDTFA).

Revenue in the third quarter declined by 6.6 percent compared to the adjusted revenue figures for the second quarter. Total reported cannabis tax revenue does not include locally collected taxes levied by cities and counties.

Previously reported revenue for the second quarter of 2021 has been revised to $ 345.12 million, including $ 177.38 million excise tax on cannabis, $ 42.31 million cultivation tax, and $ 125.43 million sales tax. Quarterly data revisions are the result of changed and late tax returns and other adjustments to the tax return.

South Lake Tahoe numbers for the past quarter have not yet been released.

In November 2016, California voters approved Proposition 64, the Act to Control, Regulate, and Tax the Use of Marijuana by Adults. On January 1, 2018, two new cannabis taxes came into effect: a cultivation tax on all harvested cannabis entering the commercial market and a cannabis consumption tax of 15 percent on buyers of cannabis and cannabis products. Additionally, retail sales of cannabis and cannabis products are subject to state and local sales taxes. Sales tax is payable on the sale of cannabis, cannabis products, and other goods such as pipes, rolling papers, and shirts. Certain retail medical cannabis sales are exempt from sales and use tax if the purchaser is in possession of a valid medical marijuana ID issued by the California Department of Health. To learn more, visit the Cannabis Company Tax Guide on the CDTFA website.