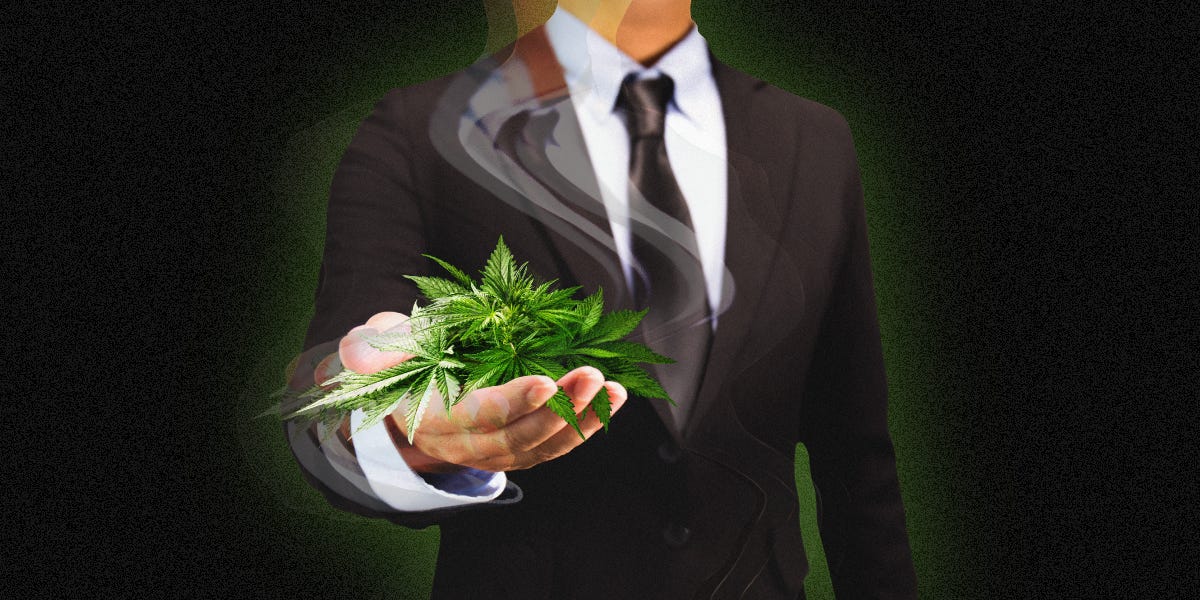 Top cannabis investors say they expect to see an explosion of institutional firms invest in the industry this year, bringing a much-needed infusion of capital to the industry.

For the most part, the cannabis industry is propped up by wealthy individuals, family offices, and retail investors who are able to take risks and invest in companies that sell products that aren’t federally legal in the US. Institutional investors, like big-name venture capital funds and asset managers, have traditionally steered clear.

But cannabis investors Insider spoke with say that as cannabis becomes more mainstream, institutional investors could start to look beyond cannabis tech to companies working on medical cannabis and pharmaceuticals derived from cannabis, among other facets of the nascent industry.

Some big-name funds have already started to dip their toes into the cannabis industry in recent months, including Tiger Global, DCM Ventures, and Thrive Capital. These funds have all poured money into cannabis-tech companies that offer a way to bet on the spread of legalization without investing directly into a company that sells cannabis.

This dynamic has allowed startups like the cannabis-tech platform Dutchie to raise megarounds at multibillion-dollar valuations, unlike counterparts that sell cannabis directly.

But challenges remain for big-name funds that want to get in on cannabis.

Often they have agreements with their investors, known as vice clauses, that prohibit investments in what’s known as sin companies, traditionally alcohol, tobacco, and gambling. These vice clauses are now often extended to cannabis — though not usually cannabis tech.

According to a Pew poll from last year, over 91% of Americans say that some form of cannabis — whether medical or recreational — should be legal. Lawmakers in both parties have introduced competing legislation that would make cannabis federally legal, or at least allow cannabis companies to access banking services like any other legal business.

Mitch Baruchowitz, the managing partner of the cannabis investment firm Merida Capital Holdings, told Insider he expects to see institutional interest in the sector “explode” this year, particularly on the medical side as lawmakers weigh changes to federal cannabis policy, including allowing insurance reimbursement for medical cannabis products. Merida invested over $164 million into cannabis startups in 2021.

Investors like Baruchowitz and others Insider spoke with say that even though popular cannabis legislation is often caught up in Capitol Hill politics, it’s a question of when, not if, cannabis will be federally legalized.

Sean Stiefel, the founder of the cannabis investment firm Navy Capital, said he expects institutions like private-equity funds and asset managers to invest in cannabis as the industry provides attractive growth prospects, particularly as valuations in public cannabis stocks have declined over the past year . Navy Capital invested over $104 million into the industry last year.

Vikas Desai, the founder of the cannabis-focused Achari Ventures, says that while he’s not bullish on the prospects of federal cannabis reform like the SAFE Banking Act this year, he still expects to see an influx of institutional capital into both public and private cannabis companies which he expects will help fuel growth in the industry.

Ed McDermott, the founder of the Guernsey-based Seed Innovations, which invests in cannabis companies, said that while investor sentiment is “somewhat negative” toward the industry, he expects to see some sort of catalysts — whether new regulation in the US or in the European Union — that will bring some “investor urgency” back to the sector.

But, he added, that provides cannabis-focused funds like his a window of opportunity ahead of bigger institutional firms.

“It’s a great time for investors with capital to deploy like ourselves,” McDermott said.

Note: This story is part of our series on cannabis VC 2022 predictions. Read the other stories below: