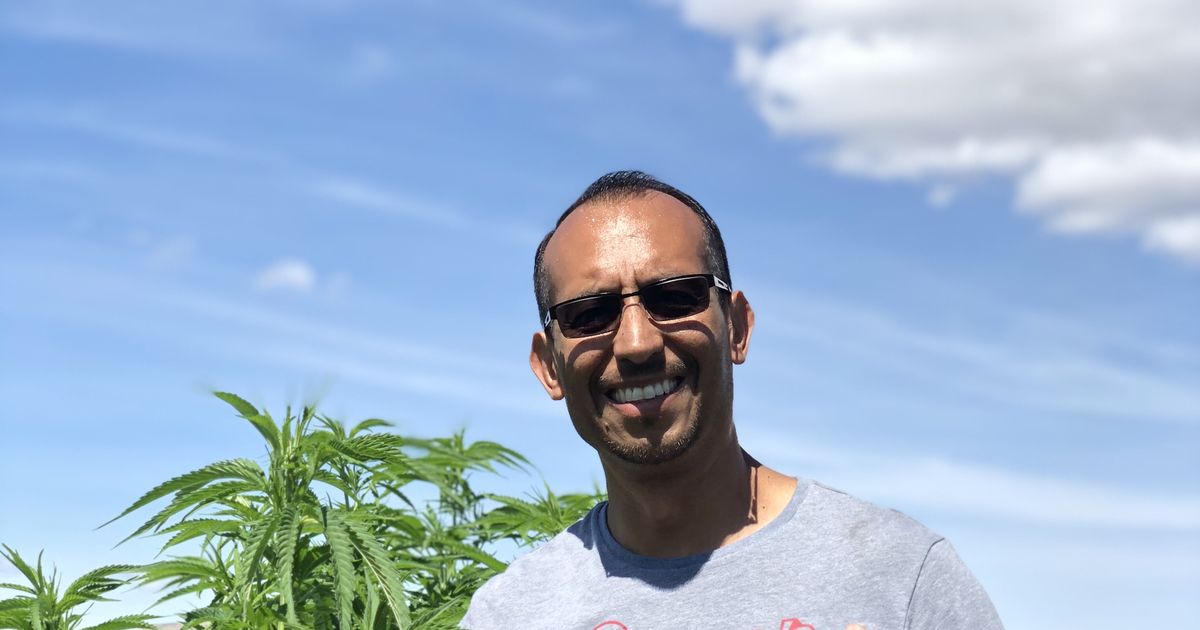 By Kate A. Miner

Victor Calderon is a writer, teacher, and pastor, but most importantly, Victor survived cancer three times. He lives a life of peace and guidance and advocates cannabis.

In the fall of 2009, Calderon was diagnosed with hairy cell leukemia, a rare, slow-growing blood cancer. When he was accurately diagnosed, he was extremely ill. He was almost blind from blood clots in his retina from a high fever, and his organs were badly damaged from all the drugs the doctors had prescribed, such as vicodin, percocet, oxycodone, and codeine.

For the actual diagnosis, two bone marrow biopsies were required in one day. The first biopsy required an 8-inch needle, but when it did not reveal a viable sample, a 12-inch needle was used, which provided his doctor with the sample needed for the final diagnosis.

That same evening, blood transfusions and chemotherapy began, which continued for six days, followed by another year of chemotherapy, treatment, and suffering.

This went on until January 2010 when his phlebotomist introduced him to medical marijuana. After months of research and a lot of prayer, he began to see a naturopath. Under her guidance, he began using medicinal cannabis.

Calderon began to recover, but was re-diagnosed with leukemia in 2015. He received another chemotherapy, an even stronger dose that was needed 24 hours a day for a full week. This time, however, he mixed it with the so-called RSO (Rick Simpson Oil) during his treatment and hardly suffered from nausea and side effects. He was also able to regain his strength much faster and shortly afterwards turned to Full Extract Cannabis Oil (FECO) under the guidance of his naturopath.

His last episode with leukemia occurred in the fall of 2018. He decided against chemotherapy and instead worked exclusively with his naturopath and learned how to use cannabis as a medicine for a variety of serious ailments.

“I continued to depend on God for the source of faith, and medicinal cannabis was my choice of medicine,” Calderon explained. “Now I am on a mission to inform and educate those who are waging their personal struggle with health and who are open to alternative forms of medicine.”

At the time of his diagnosis, Calderon was an associate pastor of a Protestant church and a senior pastor of a Spanish-speaking church, Santuario de Alabanza in Bellevue, Washington.

He is no longer a pastor of a formal church and is instead building his own following as a “Canna Pastor” with a website at CannaPastor.com. He wrote a book called # Ánimo, which can be found on Amazon, and is a member of the Cannabis Alliance, a general association of diverse cannabis groups and interests based in Washington.

He also teaches and translates courses (English-Spanish) for Trey Reckling, Director of the Academy of Cannabis Science at Seattle Central College, a program to train and prepare professionals in the cannabis industry in the United States and Canada.

Calderon is also now a certified home grower looking to help others end opiate and prescription drug use with medical marijuana as an alternative to pain relievers.

“I am eternally grateful. I wouldn’t be here without cannabis, ”he said. “I love helping people in any way I can, and I love being a medical marijuana consultant. As a pastor and Christian, it took a lot of courage to talk about my cannabis journey, but I want others to know if you are considering using medical marijuana as an alternative, do not hesitate on this subject. Call me back. I was also skeptical at first, but then I reached out to the right people and trained myself further. It saved my life. “