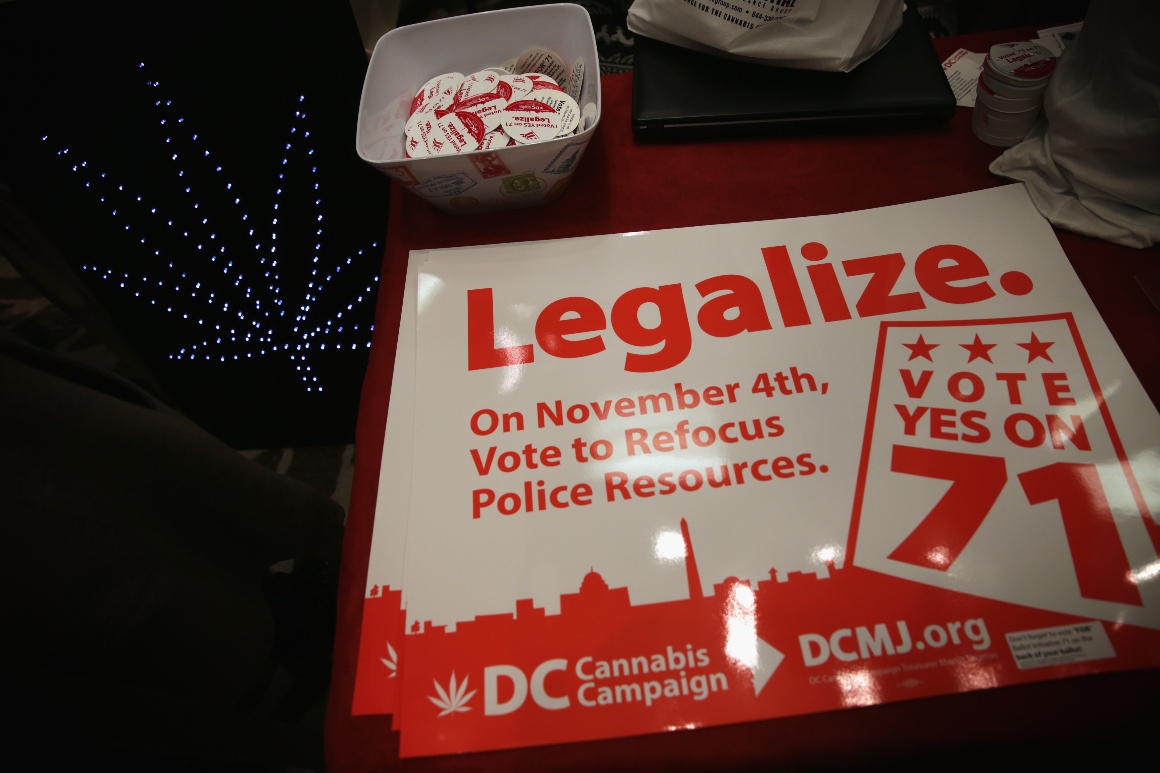 “There are dozens of unanswered questions right now,” said Andrew Freedman, coalition executive director and Colorado’s former cannabis tsar. “Any of these are enough to make someone pause before proceeding with legalization. So we definitely have to answer all of these open questions. “

There are now 16 states that have fully legalized marijuana, while another 26 have only legal medical markets. Senate Majority Leader Chuck Schumer has welcomed marijuana legalization and made it a priority for this Congress. Meanwhile, the industry is booming – legal revenue was over $ 20 billion last year, according to New Frontier Data, up 50 percent from 2019.

Many of these companies already have large stakes in the cannabis industry and can benefit from federal policy changes. Constellation owns 39 percent of Canopy Growth Corp, a large Canadian cannabis company. Altria acquired a $ 1.8 billion stake in cannabis company Cronos Group in 2018 and campaigned for Virginia’s recently passed law to legalize marijuana. In addition, Constellation and Molson Coors make CBD-infused beverages.

The coalition also has a Center of Excellence made up of experts including cannabis entrepreneur and past president of the Minority Cannabis Business Association Shanita Penny, Staci Gruber from McLean Hospital and Harvard University, Brandy Axdahl from the Foundation for Advancing Alcohol Responsibility and John Hudak of the Brookings Institution.

The balancing act: The new coalition balances two sides: large corporations with a vested interest in cannabis guidelines and regulations, and experts who may not believe the industry’s approach is the best way to protect the health of Americans, or an equitable one To allow access to the US burgeoning market.

“Our experts … all came specifically with the understanding that they will not be edited,” Freedman said, adding that key business players should also be part of the regulatory process. “If possible, we will find consensus. But if there are significant differences [on an issue]We will be transparent about this significant divergence. “

Penny said she accepted the invitation to join because it gave her a stronger platform to influence politics. She hopes it will be a forum where groups, often not part of the legalization debate, can discuss the parts of cannabis policy that are close to their hearts, such as youth access or criminal justice reform.

“One of the biggest challenges I’ve faced in recent years has been breaking through to black community leaders – whether we’re talking about clergy, whether we’re talking about our elected officials,” said Penny. “If we have the chance to hear from these leaders, and if we fully consider what hasn’t been heard over the years, we are likely to make some significant progress.”

CORRECTION: An earlier version of this report misrepresented the nature of The Brink’s Company’s relationship with cannabis companies.