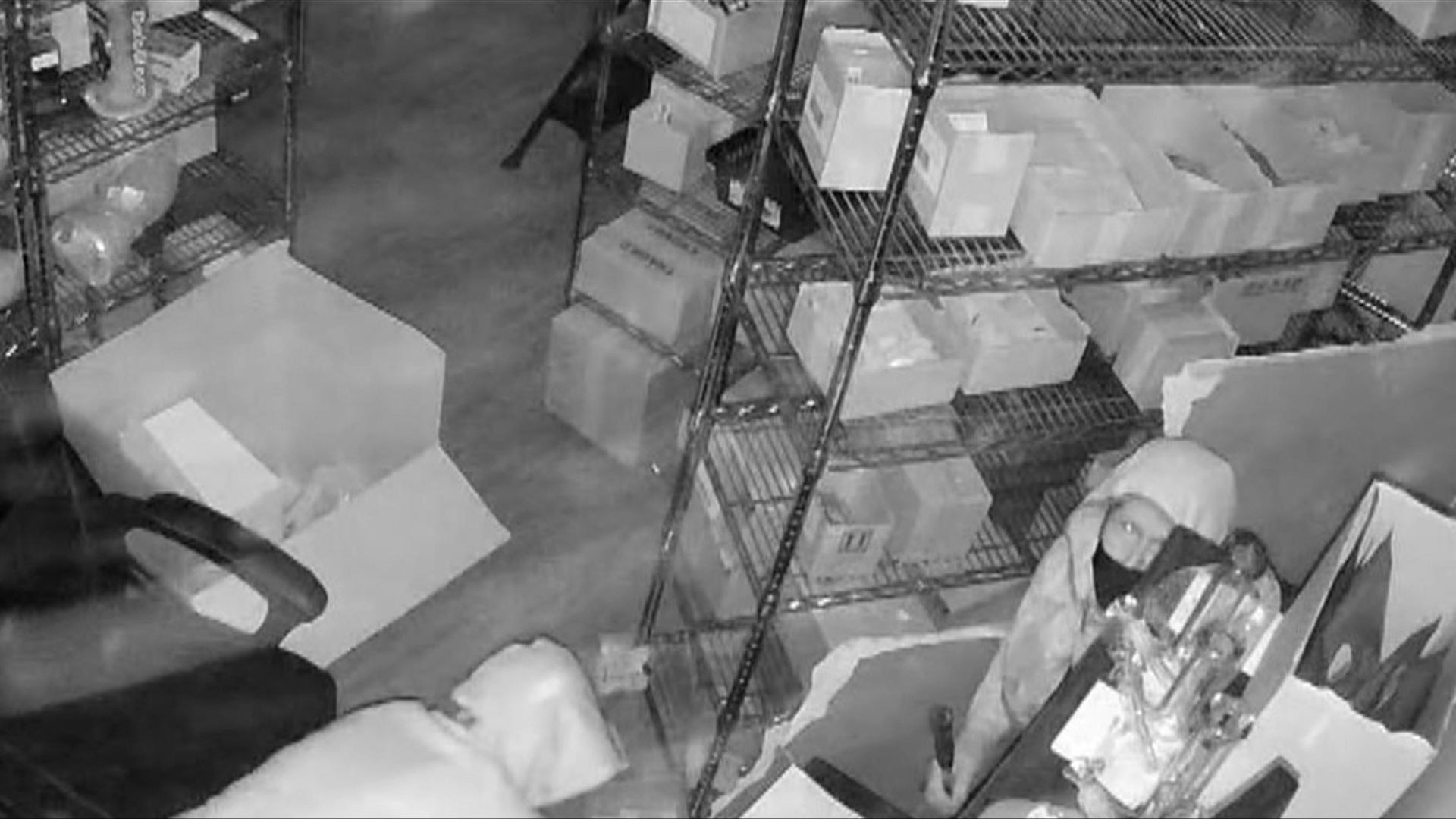 “I thought it was a bad joke,” said Darren Saunders, co-owner of Pacificanna.

The store’s location on Fort Street, across from the Royal Jubilee Hospital, opened just last month. Saunders says the thieves got away with a safe full of cash and a large amount of various cannabis products.

“Lots and lots of thousands in cash and products,” Saunders said. “They hit the wall in just the right place to be in our storage room, which was very suspicious.”

According to Saunders, two people broke into the vacant building next door at around 5:30 a.m. on Monday. Saunders says they rammed the back door of the vacant building, an area hidden from the public. Camera footage then shows how the two burglars break through a wall with a range of tools and create an opening to Pacificanna’s storage room.

“They came prepared, they had everything they needed to cut through tunnels, cut drywall, and penetrate,” Saunders said.

Saunders says they were in and out in just a few minutes, bypassing the store’s alarm sensors. Although the suspects’ faces are hidden, Saunders hopes someone can identify the intruders.

“I just wanted to make the face out there to get everyone’s attention because it’s unfortunate everywhere,” Saunders said. “It’s a lots-lots, really.”

VicPD says they need not make an arrest yet and anyone with information will be asked to call Victoria Police at 250-995-7654.

Saunders says the store has insurance and has since improved the store’s security system.