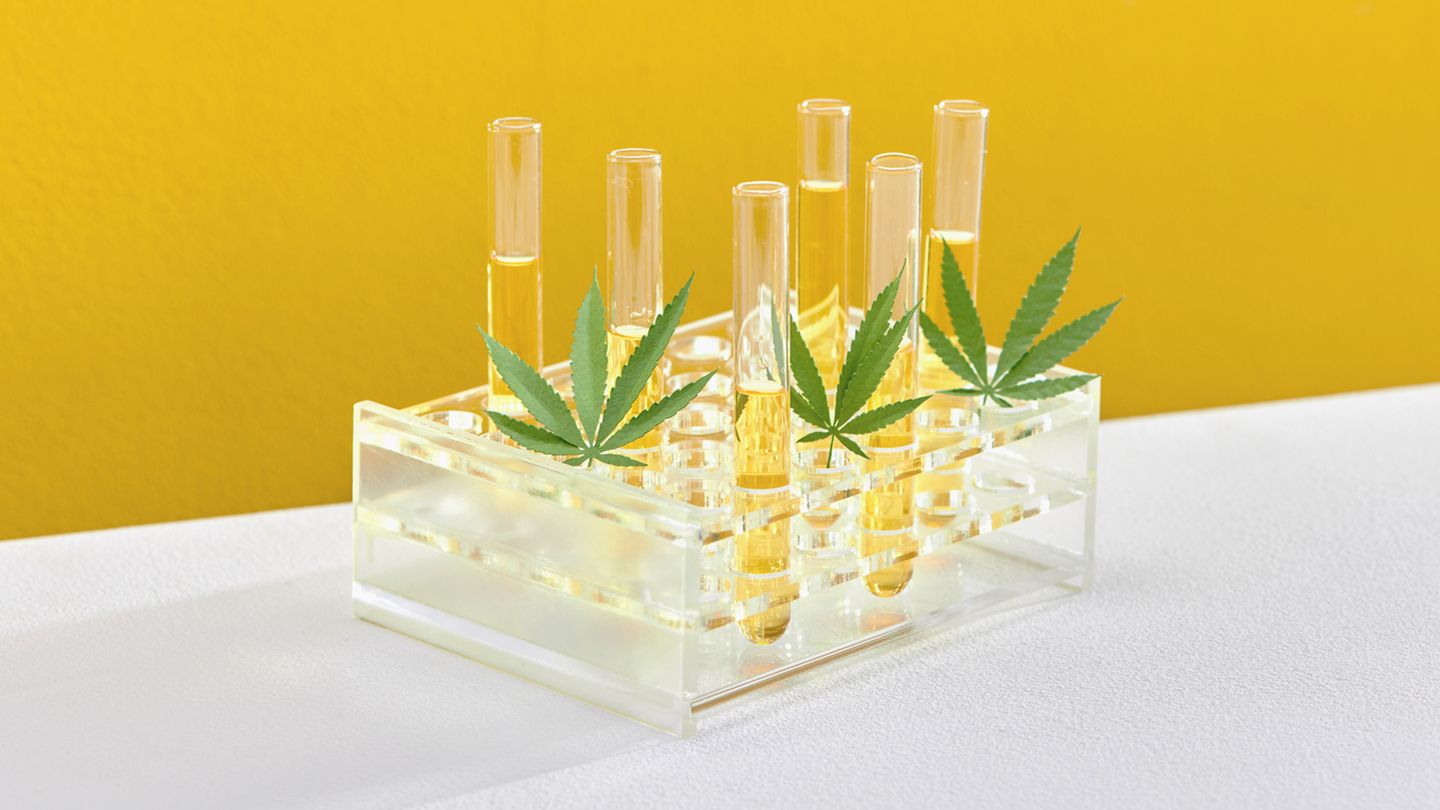 It’s currently legal in 37 states and the District of Columbia. People are increasingly knowledgeable about its options, such as edibles and indica versus sativa (two of its strains). And those with rheumatoid arthritis (RA) and other rheumatic diseases are eager to try it.

Yet what is scientifically known about the medical use of cannabis products for rheumatic conditions can fit on a pinhead.

That’s the essential conclusion of a review article on the state of cannabis research for rheumatic diseases. The article was published online April 29, 2022, in Current Rheumatology Reports.

“I was disappointed but not surprised” by the low level of research, says W. Benjamin Nowell, PhD, the director of patient-centered research at the online arthritis community CreakyJoints and a lead author of the review.

Understanding the medicinal effects of cannabis is an important topic, Dr. Nowell says, because the question of “whether people should use it for pain and sleep disturbances related to a rheumatic disease is raised by patients and physicians all the time.”

Can It Help Ease Pain? Will It Improve Sleep? People With RA Are Interested in Cannabis

The fact that people with RA are extremely interested in cannabis was documented by CreakyJoints several years ago, when its patient-centered ArthritisPower Research Registry, where Nowell is a principal investigator, queried people online.

The results, presented at the 2019 Annual European Congress of Rheumatology (EULAR) meeting in Madrid, Spain, with an abstract published in Annals of the Rheumatic Diseases, found that 57 percent of survey respondents reported trying marijuana or cannabidiol (CBD) for medicinal purposes .

A key reason for their use: to address symptoms, especially pain, that were not resolved with other medications. Some 18 percent of respondents who used cannabis said they did so because nothing else they tried had worked.

With the growing interest from people living with ankylosing spondylitis (AS), psoriatic arthritis (PsA), and other inflammatory conditions, rheumatologists are often asked to provide guidance on cannabis use, Nowell says. This is important because people with chronic inflammation regularly take a number of medications, and it’s possible that cannabis might interfere with those drugs, he says. Yet doctors cannot provide comprehensive guidance because sufficient high-quality research on cannabis for pain, and particularly for people with a rheumatic condition, has not been done, the review article found.

Legal Status of Cannabis Makes It Hard to Study

A major reason for the paltry research is that cannabis remains illegal at the federal level, even though many states have given it the green light. This makes it difficult for researchers to get funding and approval for studies, and to get consistent, high-quality cannabis to use in research, Nowell says.

“I’m hoping the federal government will make changes — maybe due to increasing public pressure from patients and advocacy from physician groups — that its current legal status is complicating things. Physicians can’t live up to their oath without a better understanding of how this product actually works,” Nowell says.

The review article examined research done on cannabis for rheumatoid conditions or for symptoms like pain experienced by many people with the condition.

But there was only one randomized clinical trial — considered the highest quality evidence in medicine — and it was small, with just 31 people with RA randomized to the medicinal cannabis and 27 to the placebo group. Nonetheless, the study did find that cannabis produced statistically significant improvements in pain during movement and during rest and on quality of sleep, although not on pain intensity and stiffness.

“Prospective studies including randomized clinical trials are very rare, and that’s what we need,” Nowell says. “Doctors need to have information from good research to give to patients, and right now that’s a big black hole for rheumatic conditions.”

The good news is that several, albeit small, studies are currently being planned, according to the federal website ClinicalTrials.gov. One study has already started recruiting patients and another, testing CBD, has not yet begun.

Other Research Has Surveyed Cannabis Users

Some published studies have looked at the patient experience, although they are not randomized controlled trials. For example, Israeli researchers reported in Pain Research and Management in September 2021 that of some 300 people visiting an outpatient rheumatology clinic who use medical cannabis, the majority reported significant improvements to pain levels and sleep (with those taking the highest dosage, 36 grams, reducing pain the most, at 83 percent).

When Chilean researchers examined studies on the topic, they similarly found only one randomized clinical trial, with the rest of being patient experiences, leading them to report in the Journal of Clinical Rheumatology in March 2022 that “the evidence is very uncertain.”

And a look at one group of 40 people with pain from osteoarthritis, not RA, found their opioid use declined after they started using medical cannabis, researchers reported in Cureus in January 2022.

Another survey of cannabis use in people with chronic inflammatory arthritis (psoriatic arthritis, ankylosing spondylitis, or RA) has been completed, although results are not yet available.

Fatigue, Constipation, and Other Negative Effects of Cannabis Were Also Reported

The review article makes clear that cannabis interactions with drugs commonly used by people with RA — including DMARDs, gabapentin, and antidepressants — has not been studied at all.

It also describes side effects found in some research in people taking cannabis, including constipation and fatigue, which may be more common in people with RA, impaired driving, and, more rarely, heart rhythm disturbances and psychosis.

Changes in brain development in adolescents and impairments to newborns when pregnant women use it are reasons people under 25 should not use medicinal cannabis, Nowell says.

Because of the trust people have in their physicians and because doctors know about their symptoms and the medicines they are already taking, people want to be able to talk about this option with their doctor, Nowell says.

In fact, in the ArthritisPower survey, some 10 percent of people using medical marijuana stopped doing so because their doctor was not in favor.

It stresses the notion that doctors should discuss the topic in an empathic, nonjudgmental manner, but that they should offer other, better-tested options for controlling pain first, including nondrug methods such as cognitive behavioral therapy (CBT) and mindfulness.

Most importantly, it emphasizes that medical cannabis is not a substitute for guideline-based therapies for RA.

“I worry a patient might stop using something we know is effective for the underlying disease, like a prescribed biologic, and have cannabis gummies instead,” Nowell says, even though there are no studies documenting how cannabis affects RA and its symptoms. No one should take cannabis in lieu of a treatment that is managing the condition and should always talk to their healthcare provider about all medications, he says.

Still, with many people aware of the potential benefits of cannabis, it might be something a person experiments with, in consultation with their physician, to relieve symptoms that other medicines and approaches have not resolved, Nowell says.