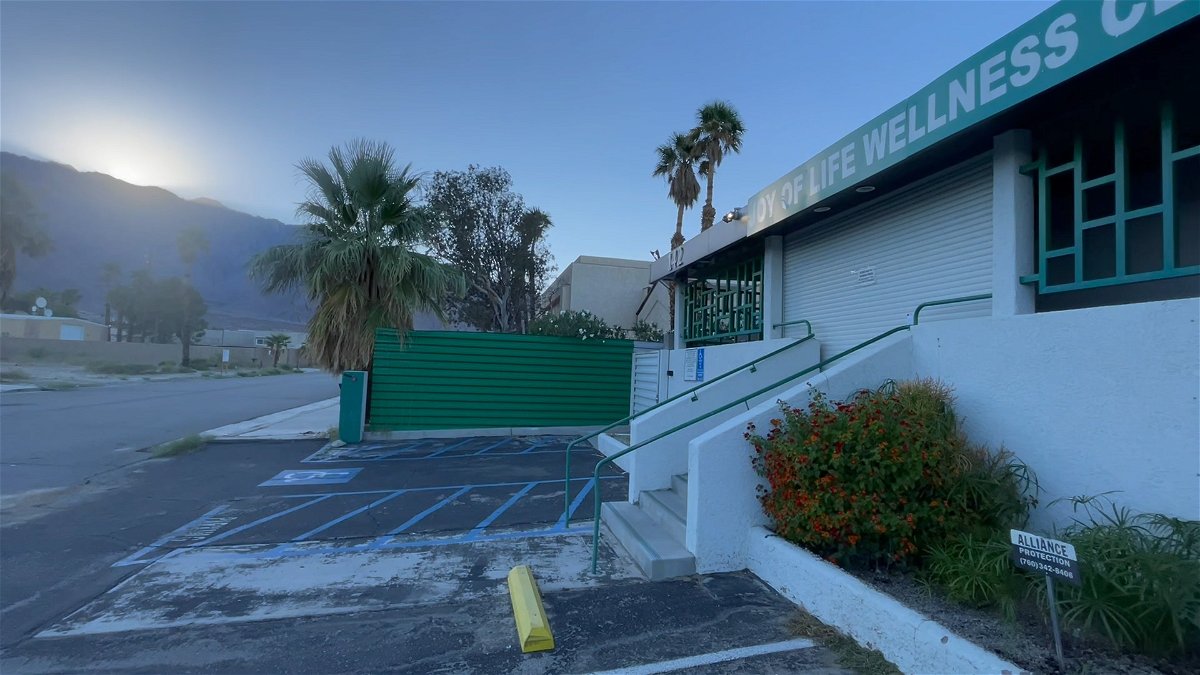 A Palm Springs cannabis owner is defending herself after the city revoked all three of her licenses for alleging she illegally grown in a room she was not licensed to use.

Joy Meredith is a household name to many in Palm Springs. In an exclusive interview with News Channel 3’s Jake Ingrassia, she said she was resisting the closure of her stores in an appeal she has now filed.

“The situation is very disappointing right now and we’re trying to get to the bottom of it,” said Meredith.

Meredith is only approved for growing cannabis in Unit # 6. Code enforcement officials said they checked the video surveillance footage provided to them by Meredith showing hundreds of cannabis plants in Unit # 7, where it is not licensed. They said the video will then be paused for the next 40 minutes and when it comes back all the plants will be gone.

Meredith claims that she never grew cannabis in Unit # 7.

“I have a legal and licensed grow in unit number 6 and have never grown outside of number 6,” she said.

Meredith said that in addition to imprecise allegations, the city had gone down the toughest road. “There was never any kind of warning, never a suspension,” she said. “Directly revoking all 3 of my licenses seems a bit extreme to me.”

The city attorney said in his letter that “deliberate and blatant violations” and “certain evasive maneuvers” played a role in the consequences. But Meredith said that was not true, and her appeal says so.

Meanwhile, she said her financial losses were substantial.

“Huge – the rents are huge,” she said. “Now everything is on hold, everything. So everything just sits there and gets bad.

“I try to be a good person and a good member of society, and I hope people remember that,” Meredith said.

The appeal will be presented to the city council, but a date for the hearing has not yet been set.