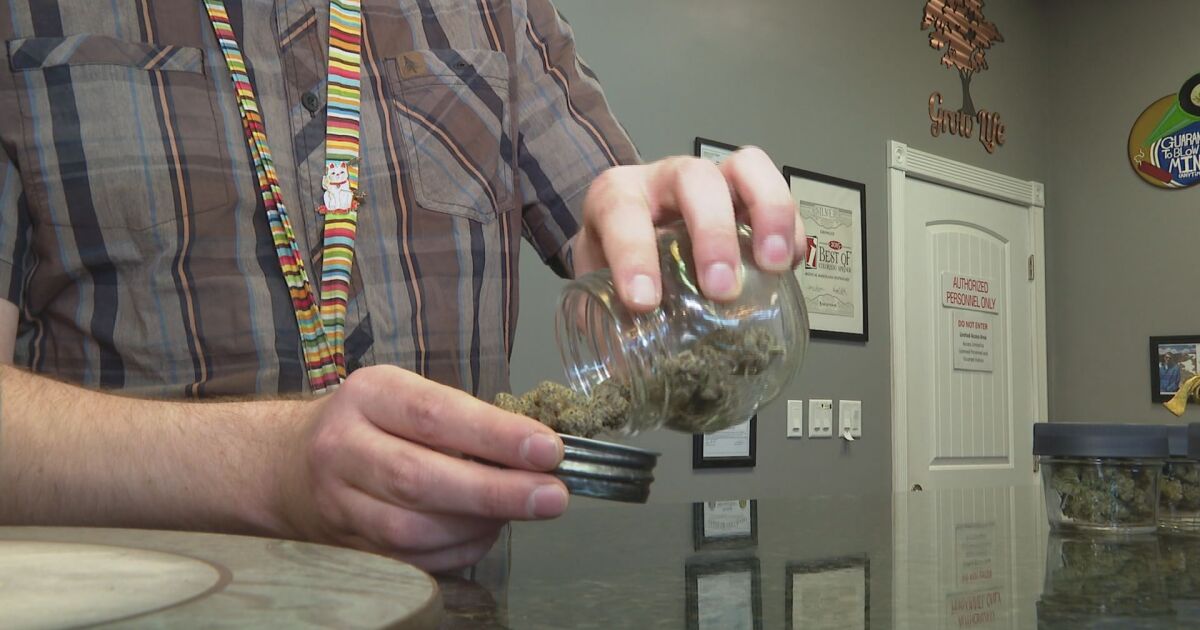 COLORADO – On March 9, the Colorado Treasury released monthly cannabis sales for January 2021. If you look at the 2020 numbers, you can see an increase in recreational sales during the summer months.

Figures released by the Colorado Treasury Department show recreational and medicinal marijuana sales over the years.

The Green Solution CEO Steve Lopez says they are the largest cannabis pharmacy chain in the state. “When COVID first hit we had about three weeks in which our sales went very well,” Lopez said.

Lopez said the pharmacies had put in place various safety measures because of the pandemic. “Lots of different changes in 2020, but it worked out very well. We ended up having a record year … We grew about a third last year. So we went from $ 75 million in sales to over $ 100 million. Dollar sales increased after taxes, “Lopez said.

Lopez said they really started seeing the sales surge in April 2020 and believes the erosion of the stigma surrounding cannabis played a role in it. In addition, the pandemic had an impact on sales. “People were at home, they had a lot more opportunities to actually pamper themselves, and that’s why I think we had a big jump in sales in 2020. They had a lot of people stuck at home, so they redirected a lot of the dollars they spent eating out and using them in different ways, “Lopez said.

Expecting this trend to continue, Lopez said they were seeing sales up 28% year over year as early as January and February 2021. “At the moment we are very confident that these sales will remain stable, if not increase further through 2021,” said Lopez.

The number of recreational users was booming. But I think every time you have a big crisis like this one that affects people’s lives so much, the things they deal with always go up in sales, and cannabis was one of them … 2021 turns out just as crazy after a year, and I think people are going to need some coping methods.

Bridget Seritt has been using medical marijuana to treat her autoimmune diseases for over five years. She said there are around 85,000 people on the medical marijuana registry in Colorado, but she chose not to. “My husband has to pass background exams. And unfortunately, we’ve had several families where their spouses or children on the Colorado cannabis registry showed up and we couldn’t risk it,” Seritt said.

Seritt wasn’t surprised that medical marijuana numbers were stable. “With medical cannabis, the numbers will always be stable because you are using it therapeutically and that need is not diminishing,” said Seritt.

The Colorado Bureau of Investigations also released its crime statistics for 2020. Click here to learn more.